A vehicle’s engine is like what a heart is to our bodies. So when you have a Ford Transit cargo van, you need a robust and powerful engine to go with it, and to be assured of its reliability!

That’s what this post is all about—finding out the basics of your Ford Transit van engine problems. With this knowledge, you won’t have to take your car to the mechanic for diagnosis and expensive repairs every time you are having Ford Transit VM engine problems. You can save costs by simply purchasing new or reconditioned Ford Transit engine parts from us!

So, we’ll be focusing mainly on the most common Ford Transit engine problems that you may encounter. You will also get to know how to tell if your Ford Transit 2.2 TDCi engine has issues or not.

What Are The Common Ford Transit 2.2 Tdci Engine Problems?

Despite the above, the Ford Transit engine problems are common enough and they can have far-reaching consequences. These problems may require costly repairs. Knowing what these problems are and buying only the necessary parts needed can save you money.

This is one of the most common Ford Transit van engine problems. The exhaust begins to emit a lot of black smoke when accelerating or shifting gears.

This problem could be a result of several engine components. That’s why it becomes important to always check your Ford Transit engine for various issues like the intake and exhaust systems. It’s also essential to carry out smoke and emission tests as well as road tests to stay on top of your engine’s performance.

This issue is prevalent during winter in Australia or in colder weather. When it happens, your best bet would be to replace the starter motor with one that has a powerful solenoid.

The timing chain is located in the front of the engine motor. It is attached to a set of gears and pulleys that power several mechanical components, including the crankshaft and camshaft in your Ford Transit 2.2 TDCi engine.

This chain is made up of a series of links, similar to those found on a bicycle chain. What these links do is to move on toothed sprockets to facilitate the opening and closing of valves in the cylinder head. This process also affects the movement of pistons and connecting rods in the combustion chamber.

The essence of the entire process is to get the engine working properly. Therefore, the timing chain must rotate smoothly around the gears for your Ford Transit engine to fire up.

But when the chain begins to wear out, the engine’s timing becomes inaccurate and starts sending out warning signals. If the timing chain is not replaced, it will eventually break, causing even more damage.

Your engine rattling or knocking is never a good sign and there are various reasons why you could be hearing any ford transit engine noise.  It could be because of

Some of these problems are more serious than others. One thing you must, however, know is that: it’s never good to leave a rattling engine alone. You should do something about a knocking noise coming from your Ford Transit 2.2 engine.

The injector of your Ford Transit 2.2 TDCi engine can fail as a result of fuel that’s bad.

If it does, you may need to go to a reputable workshop that deals with sophisticated diagnostic software. They can help you switch off each cylinder in the engine to narrow the problem to the faulty injector(s).  When they can trace the fault down to the injectors, then the problem is easier to deal with. You purchase single fuel injectors for the Ford Transit from SRP making repairs simple and cost effective.

Faults in an engine’s injector can be slightly tricky. This is because you may not notice a decrease in performance or an increase in the consumption of fuel when the issue begins. You may only get to find out about it after the injector fails.

Overheating due to cooling system failure

Usually, the hotter an engine runs, the more efficient it becomes. However, there’s a limit to how hot your engine should become.

When the cooling system in a Ford Transit 2.2 TDCi engine fails, it becomes overheated. An overheated engine may detonate. It will also affect the head gasket and the pistons adversely. These aluminium pistons and heads in your engine can only get so hot before they soften and begin to melt.

We have a range of Ford VM engine cooling parts including this Right Hand Intercooler Hose for quick and efficient repairs.

The Exhaust Gas Recirculation (EGR) system is an emissions system found in many vehicles. It’s designed to recirculate exhaust gases back into the vehicle’s intake. The purpose of this is to reduce cylinder temperatures as well as nitrogen oxide emissions into the environment.

The EGR valve is an essential component of the EGR system. It’s one of the main components that control the flow and recirculation of exhaust gases. When you open the EGR valve, exhaust gases pass through the vehicle’s EGR system to help control vehicle emissions.

Therefore, if the EGR valve has an issue, it can cause problems with the flow and operation of the EGR system. This will, in turn, lead to increased emissions and affect the engine’s overall performance. You may notice reduced acceleration, a reduction in power, and decreased fuel efficiency.

The EGR solenoid is another component of the EGR system. A faulty EGR solenoid can also cause engine performance issues. It can lead to knocking noises from your Ford Transit 2.2 engine, engine rattles, or pings.

Unreliability due to wear

This is one of the most common problems of all Ford Transit engines, including the Ford Transit VM 2.2 TDCi engine. When it has been driven for quite a high mileage, it gets to a point where it needs to be replaced. When that happens, it won’t work properly until you replace it with a new engine.

Luckily, you don’t have to spend all your money getting a completely new engine. You can rebuild the engine with cost-effective quality parts from SRP Auto. Better still, you can get one of our factory rebuilt motors made to a much higher standard than a second-hand spare part.

Your Ford Transit 2.2 TDCi engine is a great engine for your Ford Transit van. However, despite its features, it will perform below par if you don’t treat it with the care and dedication it deserves.

So how can you take proper care of your Ford Transit 2.2 TDCi engine?

Contact Us to Discuss Your Ford Transit VM Problems

Car repairs can be costly. However, with the right tools and car parts, you can save costs by doing the repairs yourself.

At SRP Auto, we supply new and used engines, as well as engine parts like injectors and turbos. With us, you’re guaranteed only the best spare parts.

So, whether you’re simply putting together your own garage project or looking to add to your service kit, we have an extensive range of spare parts.

Contact us today to find out which spare part is fit for the job. 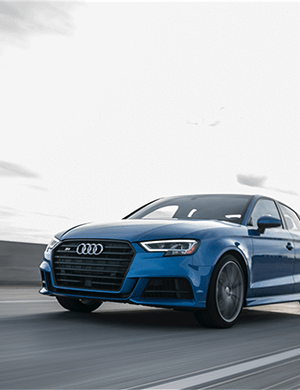 Every season is outdoor season if you have a 4WD. So whether you’re going for a drive into the ...
END_OF_DOCUMENT_TOKEN_TO_BE_REPLACED
News

Ford Rangers are sturdy cars, but their owners still have to deal with Ford Ranger Turbo problems. ...
END_OF_DOCUMENT_TOKEN_TO_BE_REPLACED